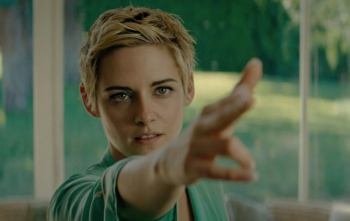 As Kristen Stewart approaches her 30th birthday next spring, she can look back at a 20-year Hollywood career that’s given her a lifetime’s worth of highlights and amazing experiences. But the actress, whose next project is Seberg, the real-life story of French actress Jean Seberg, can’t pick one favorite moment. She sees herself as the product of all of those moments, and she’s still accumulating them, so she’s not willing to say that any given moment has been the defining one of her life. (Click on the media bar below to hear Kristen Stewart)

Seberg opens in theaters on October 7, and she’ll also be starring in Charlie’s Angels, which is set to open on November 15.