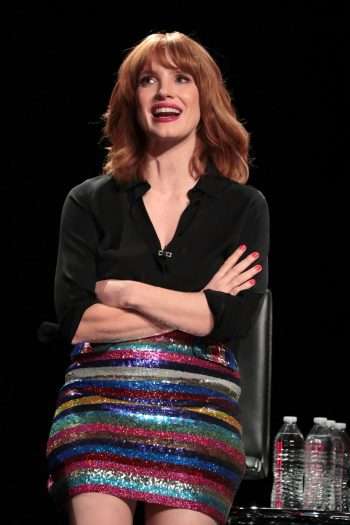 It: Chapter 2 brings viewers back to the town of Derry, Maine 27 years after the action of the first movie, where the characters from that original film reunite to face the evil that scarred them so long ago. That, of course, meant the characters had been long established. And even though she was playing a version of Beverly Marsh that was nearly three decades older, Jessica Chastain says she absolutely wanted to stay true to the personality traits that were present in the young Beverly. (Click on the media bar below to hear Jessica Chastain)

It: Chapter 2 is playing now in theaters.