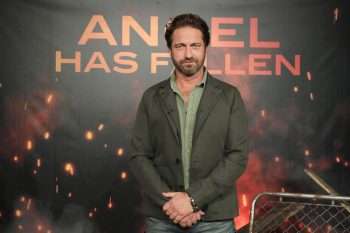 Though he’s relatively new to the directing game, Ric Roman Waugh has a long history in Hollywood, with his first credit as a stunt man coming about 35 years ago! That pedigree certainly helped Waugh when he was hoping to direct the action-heavy Angel Has Fallen. But the movie’s star and producer, Gerard Butler, told us it was actually a failed job interview from a decade ago that helped Waugh land the gig! (Click on the media bar below to hear Gerard Butler)