‘Titans’ Star: How Do You Play Dick Grayson After Robin’s Flown The Coop? 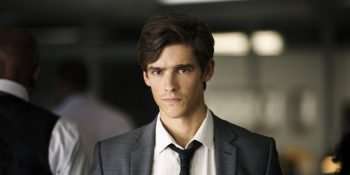 As we learned earlier, the Dick Grayson we see on Titans isn’t the one we know from the Batman TV shows or movies. Instead, we’re finding out what happens to him after he’s done being The Boy Wonder. Brenton Thwaites told us that’s what made the show so interesting for him — in figuring out how to play the role, he had to factor in Grayson’s childhood and time spent with Bruce Wayne, but there was a gaping hole between his glory days as Robin and where Titans began — a period in which Grayson became a broken man. Thwaites says he’s playing the character as a man who desperately wants to put the pieces all back together, but is having trouble finding those pieces. (Click on the media bar below to hear Brenton Thwaites)

Titans is airing on DC Universe.