‘This Is Us’ Power Couple & The Powerful Draw Of Social Media 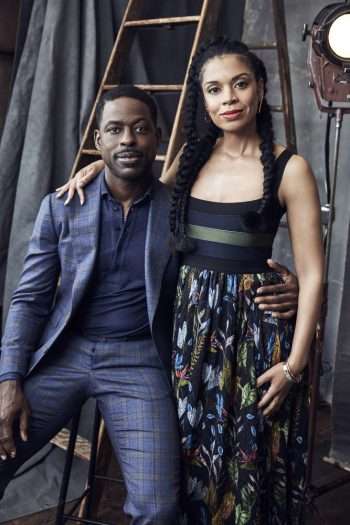 There’s no denying that This Is Us has been one of the most-talked-about television shows ever. Word of mouth on the show has been fantastic from the very beginning, and the show’s live viewing remains strong because its “oh wow!” factor means nobody wants to be spoiled before they watch it. That means the show’s casts and crew — if they wanted to — could get all kinds of immediate feedback on each episode simply by going online and checking social media. When we spoke with Sterling K. Brown and Susan Kelechi Watson, we asked if they’ve spent much time looking at what the fans have written about them and the show. (Click on the media bar below to hear Sterling K. Brown and Susan Kelechi Watson)

The new season of This Is Us premieres Tuesday, September 24 on NBC.