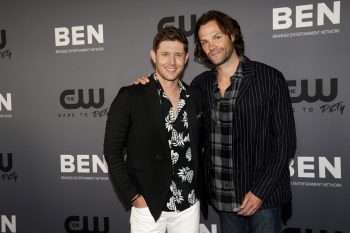 After 15 seasons, Supernatural will be calling it quits. It’s been quite a run for the show, which outlived the network it was born on, The WB, by more than 13 years. Jensen Ackles told us that once the show got through its early days — and the merger that birthed The CW — it became much easier for the show to hit its stride and tell the stories it wanted to tell. (Click on the media bar below to hear Jensen Ackles)

The final season of Supernatural premieres Thursday, October 10 on The CW.