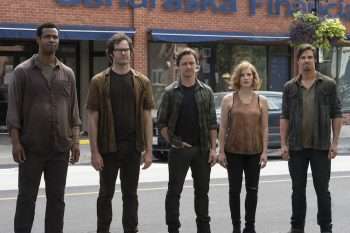 It was a huge box office hit when it was released two years ago. Based on the bestselling Stephen King novel, the $35 million budgeted feature grossed over $700 million worldwide. It: Chapter Two is a continuation of the King story, as the members of The Losers Club are all grown up.

“I think (Pet Semetary) was one of the first books I read that wasn’t assigned to me,” said Jessica Chastain who plays Beverly Marsh. “And then I went from there to The Shining and to Misery. I loved that her name was Misery Chastain – I was like, yes! So yeah, I was a Stephen King fan.”