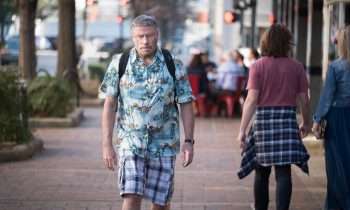 The Fanatic tells the story of an action hero who’s stalked by a rabid fan. Limp Bizkit’s Fred Durst co-wrote the screenplay, loosely based on a stalker he dealt with in real life several years ago. The stalker is played by John Travolta, who’s certainly experienced the ups and downs of stardom over the course of his 40+-year career. When we spoke to him, he said he’s had a lot more positive experiences with fans than negative, including some who had him sign memorabilia he never knew existed. (Click on the media bar below to hear John Travolta)

The Fanatic is playing in limited release and will be available for viewing on VOD platforms.