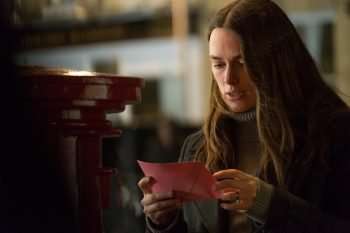 Official Secrets centers on British whistleblower Katharine Gun’s (Keira Knightley) decision to leak an NSA memo requesting agents collect juicy information on United Nations Security Council members in an attempt to generate support for an Iraq war. As a member of Government Communications Headquarters (GCHQ), Gun placed herself and husband (Adam Bakri) in jeopardy by what many deemed as a traitorous action. Others, however, praised Gun for shedding light on this clandestine blackmail operation.

Filmmaker and co-writer Gavin Hood has delved into the costs of war engagement, on both a macro and personal scale, in his features X-Men Origins: Wolverine, Ender’s Game, and Eye in the Sky. With Official Secrets, Hood delved into the worlds of Gun, journalist Martin Bright (Matt Smith), and lawyer Ben Emmerson (Ralph Fiennes).

“In this case, I really was just trying to write for the people I was interviewing whom I’d met,” said Hood, who spent three years working on Official Secrets. “And then at some point, when they were all happy with it was ‘Okay, well who are we going to get to play (these roles)?’ I did always have Ralph Fiennes in mind as Ben Emmerson because, first of all he looks quite a lot like Ben Emmerson but there are so few actors with that kind of intelligent presence that is also magnetic.”

Unlike some of his previous efforts, Hood did not have special effects and a big budget to layer his storyline, and in the audio below he discusses how every single nuanced performance in Official Secrets was vital: