Sigourney Weaver Answered The Call For ‘Ghostbusters,’ And Her Career Was Never The Same 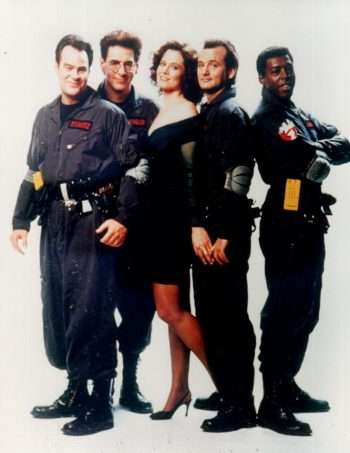 It was 35 years ago that “slimed,” “crossing the streams,” and “who ya gonna call?” entered the social lexicon thanks to Ghostbusters, the Ivan Reitman comedy that became the highest-grossing comedy of all time. (The film still holds that record on the “adjusted for inflation” box office list.) While Bill Murray might have gotten the movie’s biggest laughs, Sigourney Weaver was a standout as Murray’s love interest-turned-demon vessel. These days, she looks back at Ghostbusters as a pivotal point in her career, because it finally gave her the confidence she was seeking as an actor. (Click on the media bar below to hear Sigourney Weaver)

Ghostbusters will play in selected theaters on Sunday, October 6 and Thursday, October 10.