For ‘It’ Director, Working With Stephen King Is His Crowning Achievement 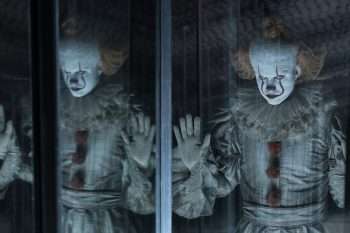 You can expect plenty of delightfully frightful moments in It Chapter Two, which follows the kids of 2017’s It into adulthood, still bedeviled by the creepy clown who terrorized their childhoods. Like the first film, the sequel is directed by Andy Muscietti, who relished the opportunity to once again delve into the world of It’s author, Stephen King. Muscietti told us it’s been a real honor to work with the literary legend’s material, since King is one of his idols. (Click on the media bar below to hear Andy Muscietti)

IT Chapter Two opens in theaters on September 5.