‘Emergence’ Star Allison Tolman Will Stick With Her Make-Believe Badge 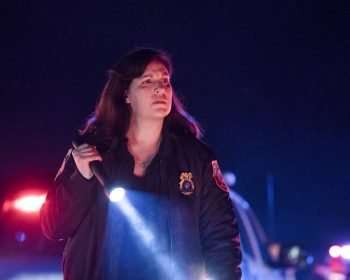 On her new series, Emergence, Allison Tolman plays a small-town police chief. It’s not the first time she’s worn a uniform and a badge for a TV show — she received Emmy and Golden Globe Award nominations for her work on Fargo. Since she’s so good at playing the part, would she ever consider a second career in law enforcement? Don’t count on it, she says. (Click on the media bar below to hear)