Season 6 Preview: Can ‘The Flash’ Grieve Quickly, Too? 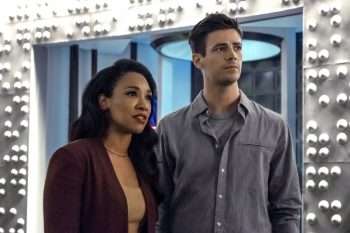 Season 5 of The Flash ended with a tragedy, as Barry and Iris Allen’s future daughter, Nora, was killed in battle. When the new season picks up, all of Team Flash — and especially Barry and Iris — will be dealing with their grief at the same time that Earth is facing dangerous new threats. Candice Patton, who plays Iris West-Allen on the show, gave us a preview of what we can expect at the start of Season 6. (Click on the media bar below to hear Candice Patton)

The season premiere of The Flash will air Tuesday, October 8 on The CW.