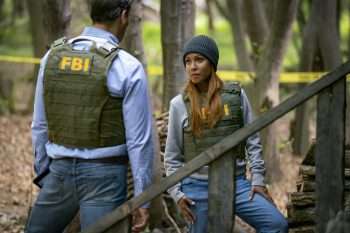 Jada Pinkett-Smith is a new addition to the Fallen series, playing an FBI agent who suspects Gerard Butler’s character of a terrorist attack on his boss, U.S. President Allan Trumbull (Morgan Freeman). Although she was new to the franchise, Pinkett-Smith said she could feel the magic on the set, especially when it came to watching Butler and Freeman do their thing. (click on the media bar below to hear Jada Pinkett-Smith)