Rachel Brosnahan Had A ‘Marvelous’ Time Prepping For ‘Maisel’ Role 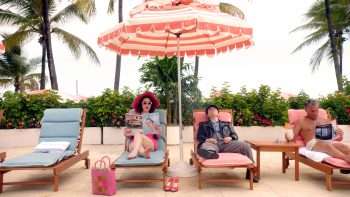 When actors take roles as doctors, they’ll often shadow real doctors as they go about their work in a hospital. When they’ll be playing police officers, there’s probably a series of ride-alongs in their future. For lawyers, you can expect plenty of trips to the courthouse. But what happens when you’re going to be playing a stand-up comic? For Rachel Brosnahan of Amazon’s Emmy-winning series The Marvelous Mrs. Maisel, it meant spending a lot of nights at comedy clubs. And it wasn’t just her — she says she took her on-screen husband, Michael Zegen, to some of the shows as well. (Click on the media bar below to hear Rachel Brosnahan)