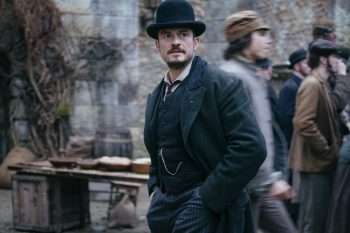 Carnival Row takes place in a fantastic world of mysticism, supernatural occurrences, and good old-fashioned Victorian England. It’s an intriguing mix that had its star, Orlando Bloom, hooked as soon as he heard about it. Once he learned more about the story behind this world, he became very excited about becoming a part of it, and now he’s thrilled that he has. (Click on the media bar below to hear Orlando Bloom)