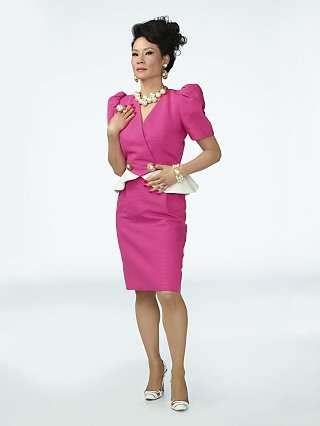 After playing a female version of Sherlock Holmes’s sidekick, Dr. Watson, on Elementary, Lucy Liu was hoping to grab another substantial role with her next series. Fortunately, an old friend — producer Marc Cherry — approached her with a role on his new show, Why Women Kill, that seemed tailor-made for her. When Cherry told her about it, she recalls, she realized she could definitely channel her inner murderer, especially if she was doing it for Cherry. (Click on the media bar below to hear Lucy Liu)

Why Women Kill is streaming now on CBS All Access.