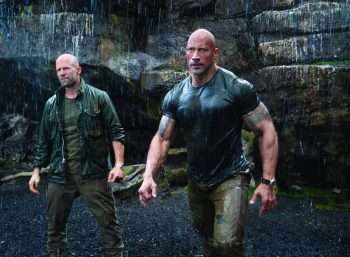 While Dwayne Johnson has worked in a variety of different genres, the former WWE star knows that action movies are his bread and butter. Still, in making his latest film, Hobbs & Shaw, Johnson says he was able to do something he’d never done before in the action genre. (Click on the media bar below to hear Dwayne Johnson)