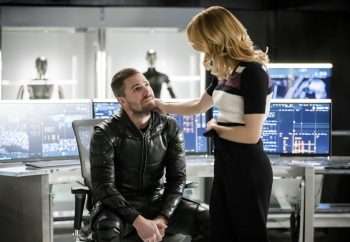 Arrow will be returning to The CW for an abbreviated, 10-episode eighth and final season this fall. But you’re going to see a much different version of the show. After the seventh season, co-star Emily Bett Rickards left the show, taking Arrow’s wife, Felicity Smoak, with her. Stephen Amell, who stars as the title character, told us things really won’t be the same without her. (Click on the media bar below to hear Stephen Amell)

The final season of Arrow will premiere Tuesday, October 15 on The CW.