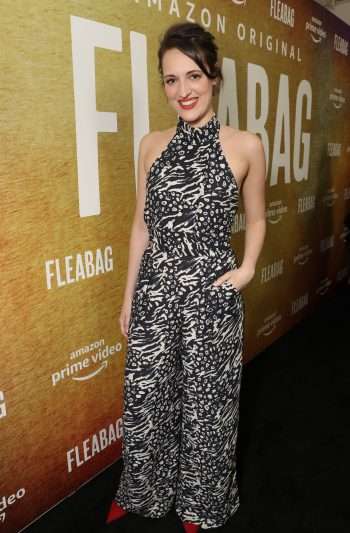 Phoebe Waller-Bridge has won plenty of fans — and plenty of critical acclaim — for Fleabag, the show she created, wrote, and stars in. The second season of the series has earned 11 Emmy Award nominations, including Outstanding Comedy Series, Outstanding Writing for a Comedy Series, and five acting nominations (including one for Waller-Bridge herself). When asked about the appeal of the series, she told us that, ultimately, it comes down to the quirky title character and her imperfections. (Click on the media bar below to hear Phoebe Waller-Bridge)

Both seasons of Fleabag are currently streaming on Amazon Prime Video.