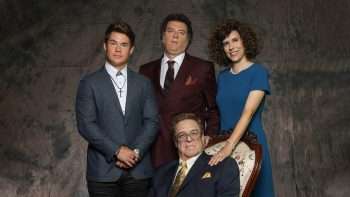 HBO’s new show The Righteous Gemstones is a dark comedy about a family with a televangelism empire. And when we say “dark,” we mean really dark — the family may be religious, but there’s plenty of sinning, mayhem, and even murder! The show was created by Danny McBride, who also gave us Vice Principals and Eastbound & Down, and he told us that, with the new show, he wanted to take some of his favorite themes and explore them in brand new ways. (Click on the media bar below to hear Danny McBride)