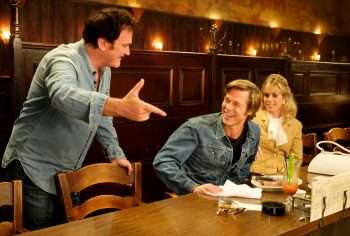 If you look at the list of 2019’s Top 10 movies (so far), you will find six sequels, two remakes, and a new Marvel Universe movie that features some existing characters. (The sole “original” entry on the list is the horror movie Us.) So, when people say there aren’t a lot of original ideas in Hollywood anymore, it’s tough to make a case against that. Then, there’s Quentin Tarantino. The acclaimed director writes his movies from scratch, and Brad Pitt — who stars in his latest, “Once Upon a Time in Hollywood” — is grateful for his originality. (Click on the media bar below to hear Brad Pitt)

Once Upon a Time in Hollywood is playing in theaters now.