Andie MacDowell Infuses Family Memories Into ‘Ready Or Not’ Role 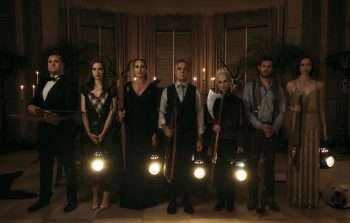 Andie MacDowell’s cinematic debut was back in 1984 with the underrated Greystoke: The Legend of Tarzan, Lord of the Apes and since then she has starred in her share of iconic films (Four Weddings and a Funeral and Groundhog Day are just the tip of the iceberg). MacDowell’s daughter Margaret Qualley can currently be seen in a prominent role in Quentin Tarantino’s Once Upon a Time in Hollywood.

With Ready or Not, MacDowell plays Becky, a powerful matriarch whose son Alex (Mark O’Brien) has just been married to a woman named Grace (Samara Weaving). Grace becomes a pawn in the family’s deadly hide-and-seek game, as her new relatives are literally out to kill her (Alex, at least from the looks of the trailer, intends to keep her safe).

“There’s so many layers to this character,” said MacDowell who relished the complex layers of the role. “Because she has to be likable and she has to bring the daughter-in-law in and make her feel safe. But there is also a bit of malice underneath (her exterior).”

Click on the media bar to hear MacDowell discuss how her own father’s “blue blood” characteristics helped inform her role in Ready or Not: