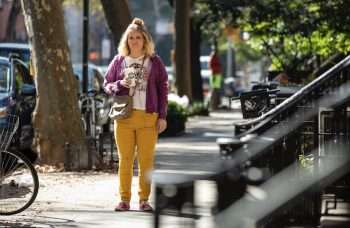 In Brittany Runs A Marathon, Jillian Bell stars as Brittany Forgler, a New York whose hard partying weighs leads her to an unhealthy lifestyle. Advised by her doctor to lose weight, Brittany gradually becomes passionate about running with the aid of her neighbor (Michaela Watkins). Ultimately, her goal is to run the New York City Marathon.

“One of the main themes of this film is it can be so difficult to make that first step,” said Bell. “But it’s so beautiful if you choose yourself and really push forward and do something that is just for you. I think that’s something everyone can relate to.”

Click on the media bar to hear Jillian Bell discuss why Brittany Runs A Marathon, directed and penned by Paul Downs Colaizzo, is a “different” film: