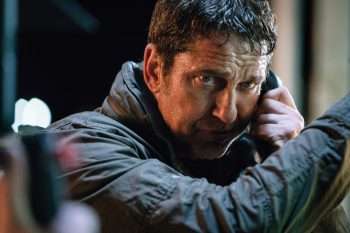 Though they haven’t always gotten the best reviews, the first two Fallen movies — 2013’s Olympus Has Fallen and 2016’s London Has Fallen — were both solid performers at the box office. Following the three-year cycle once again, Gerard Butler is back as Secret Service agent Mike Banning in a new sequel, Angel Has Fallen. Butler told us he’s always been up for the idea of another sequel, but wanted to make sure the premise was original enough to keep the fans interested. (Click on the media bar below to hear Gerard Butler)

Angel Has Fallen opens in theaters next Friday.