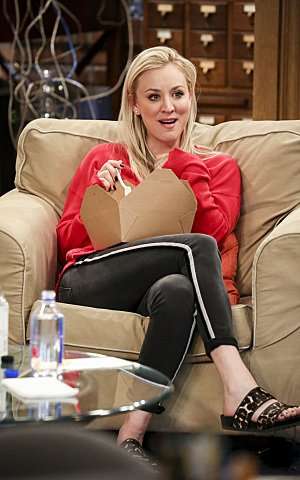 After starring on The Big Bang Theory for 12 years, Kaley Cuoco has a great deal of cachet with comic book fans, so it comes as little surprise that she was tapped to be the voice of Harley Quinn for DC Universe’s new animated series. It’s a star-studded affair that will also feature the voices of stars like Jason Alexander, Diedrich Bader, Lake Bell, Sanaa Lathan, Christopher Meloni, and Natalie Morales, to name a few. But Cuoco was the first actor they had in mind for the title role, and when the studio head called to offer her the job, she told us she could barely contain her excitement. (Click on the media bar below to hear Kaley Cuoco)

Harley Quinn will premiere on DC Universe this fall.