‘Armstrong’ Documentary: Real-Life Glimpses Of The Man Behind The Moon Mission 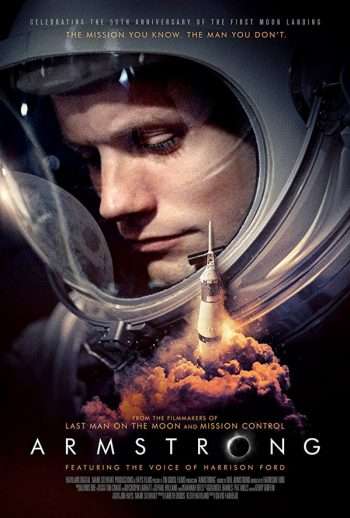 One of my best friends in high school was the grandson of former NASA Deputy Administrator Hugh Dryden. When NASA decided to rename the Dryden Flight Research Center at Edwards Air Force Base in honor of Neil Armstrong in 2014, I asked my friend how he felt about losing the name. He replied with no hesitation: If it took somebody as amazing as Neil Armstrong to replace his grandfather’s name, that was a huge honor.

Such is the way Armstrong is revered as a true American hero.

With the 50th anniversary of the moon landing only a day away, Armstrong’s signature accomplishment has once again put him in the spotlight. While the new documentary Armstrong certainly doesn’t shy away from the historic event, it does strive to place it in the context of a man whose life was extraordinary in many ways.

Armstrong’s life story is told in full, starting with his childhood in Wapakoneta, Ohio. (Ironically enough, among the establishing shots of modern-day Wapakoneta is a glimpse of the town’s cinema. On the marquee? The recent Armstrong biopic First Man.) Through archival interview clips with his parents, we learn how young Neil was fascinated with airplanes and aspired to be an aircraft designer.

That introduction sets the tone for the entire documentary. We get glimpses into Armstrong’s life from the people who knew him best — family members, friends, and colleagues — along with plenty of candid home movies, NASA footage, and old television broadcasts. Armstrong even contributes his own words, narrated here by one of Hollywood’s space pioneers, Harrison Ford.

Most of the documentary focuses on establishing the Apollo 11 moonwalk as a pivotal moment in Armstrong’s life, but not as a singular defining moment. Rather than branding Armstrong a hero because he walked on the moon, it shows us that Armstrong was chosen for the moonwalk because he was already a hero.

He had handled himself in exemplary fashion as a pilot during the Korean War, as one of the courageous X-15 test pilots, and during a difficult Gemini 8 mission that could have ended in tragedy if not for his actions. In one particularly telling moment, former Apollo flight director Gerry Griffin reveals that Buzz Aldrin was initially suggested as the first man on the moon, but he vetoed the idea because he saw Armstrong as a steadier, more dependable representative of the mission — not just before and during the flight, but afterward. Griffin knew the historical responsibility that would come with being the man to take that “one small step,” and he was convinced Armstrong was the right man for the job.

Obviously, the lunar landing changed Armstrong’s life forever, and the rest of the film paints Armstrong as a reluctant celebrity who, after retiring from the space program, tried to resume a normal life but could never quite outrun the demands of his historic achievement. Indeed, when his friend, former Taft Broadcasting President/CEO Charlie Mechem, asked him to serve on the company’s board of directors, Mechem tells us how Armstrong grilled him for two hours about what his role would be. Armstrong, he recalls, wanted to make sure he was not being chosen solely because of the star power — or, in this case, moon power — attached to his name.

Armstrong’s life was one filled with extraordinary moments, a mix of great triumphs and great tragedies, and these moments are painted vividly in the film. The stories are told well, the NASA mission footage is spectacular, and the candid films are wonderfully revealing of the private personality behind the public persona. The Armstrong family was heavily involved in the project — indeed, Neil’s son and granddaughter collaborated on the song that plays over the closing credits — and it is easy to see why they wanted this film to stand as a non-dramatized counterpoint to First Man. Given his aversion to the spotlight in his later years, Armstrong may have been embarrassed by a movie with all of the Hollywood trimmings. Armstrong serves as a fact-based, low-glitz alternative that probably tells the story in the manner its subject would have preferred.

Armstrong is now available on VOD.

Flannery O'Connor's life and work is front and center with Flannery, a documentary which won the first-ever Library of Congress Lavine/Ken Burns Prize for...
Read more

Blood and Money centers on Jim Reed (Tom Berenger), a retired veteran who spends his solitary days hunting in the Allagash backcountry of Maine....
Read more

Charlize Theron's new movie, The Old Guard, has been winning raves from viewers and critics who have enjoyed director Gina Prince-Bythewood's fresh take on...
Read more

Chris Jackson was literally part of the Hamilton phenomenon from the very beginning -- his friend Lin-Manuel Miranda brought him and Daveed Diggs on...
Read more

Victor Cruz knows all about teamwork. After all, he was part of the 2011 New York Giants squad that shocked the heavily favored New...
Read more

In 2006, Bob Woodruff had just been promoted to co-anchor of ABC's World News Tonight and was on assignment in Iraq when the unthinkable...
Read more

‘Psych’ Still In Sync With New Movie Coming To Peacock