Lady Antebellum Never Gets Over Seeing Its Name In Lights 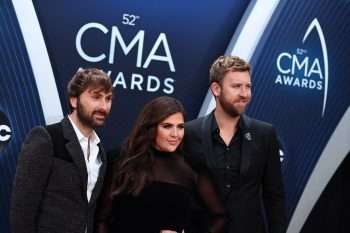 Lady Antebellum is out on the road these days, in the midst of a tour that will last until the end of August. The hitmaking country trio spent plenty of time as a supporting act, opening up for country megastars like Tim McGraw, Kenny Chesney, and Carrie Underwood. So when Dave Haywood sees his group’s name in big letters on a theater’s marquee as a headliner, he says it’s still a really amazing feeling for him. (Click on the media bar below to hear Dave Haywood)

What If I Never Get Over You, the lead single from the band’s upcoming seventh album, is currently climbing the country charts.