Jane Lynch Is A Natural On ‘Hollywood Game Night’ 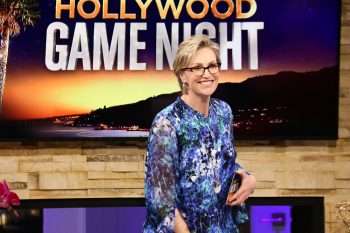 Happy birthday, Hollywood Game Night! The show premiered on NBC exactly six years ago tonight, and it’s been a consistent summer performer for the network. Although the show’s got a solid concept, its secret weapon is host Jane Lynch. She’s got a solid background in improv comedy, and she says that makes hosting the show feel like a natural extension of her own personality. (Click on the media bar below to hear Jane Lynch)