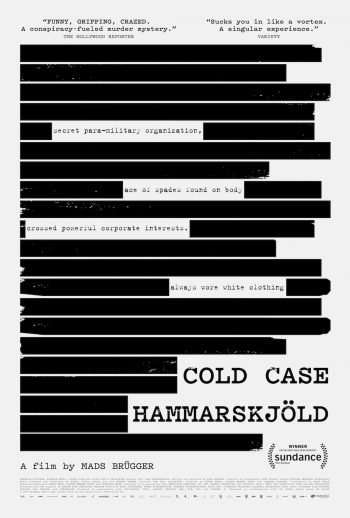 Cold Case Hammarskjöld centers on the mysterious death of United Nations secretary-general Dag Hammarskjöld. Most of the crew, along with Hammarskjöld perished in the 1961 plane crash, and since then speculation arose that the tragedy was actually an assassination.

Hammarskjöld was an activist who sought for Congo’s independence, something that was not popular European mining companies. Danish journalist and director Mads Brügger (The Red Chapel, The Ambassador) takes viewers on a search for the truth. The documentary also addresses an AIDS conspiracy discussed by an ex-militia member, a subject that was addressed in a New York Times article.

The picture has received its share of critical acclaim and currently has a 90% rating on Rotten Tomatoes.

Cold Case Hammarskjöld hits theaters August 16. Check out the trailer and tell us what you think!