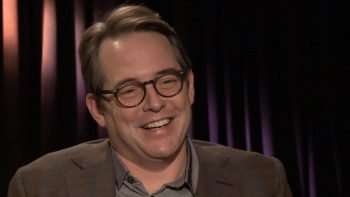 On the latest episode of Matt and Greg Used To Interview Movie Stars, we spotlight the hit 1994 feature The Lion King. During that press junket, Matthew Broderick talked about being cast for the role of Simba.

Click on the media bar to hear Broderick humorously recall how he initially told people he was playing Kimba the White Lion when he landed his role on The Lion King.

The live action remake of The Lion King, directed by Jon Favreau and featuring the voice of Donald Glover as Simba, hits theaters July 19.