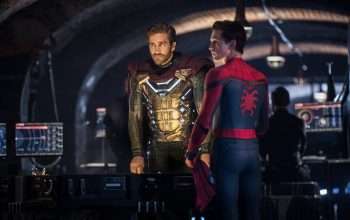 One of the interesting aspects of Spider-Man: Far From Home is that Mysterio (Jake Gyllenhaal) serves as an ally to the webslinger and Nick Fury (Samuel L. Jackson) as they are battling a force called the Elementals. In Marvel lore, however, Mysterio is known as one of Spidey’s (Tom Holland) most manipulative villains (he’s known as the “master of illusion”).

Will Mysterio actually turn on Spider-Man and become the movie’s main villain, or will this multiverse character end up being on the side of good? Click on the media bar below to hear Gyllenhaal elaborate on why he was intimidated with the prospect of playing Mysterio: