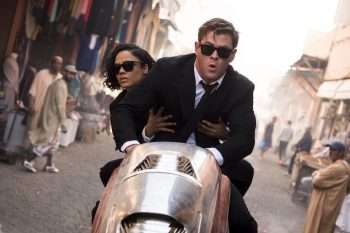 It was a dismal box office weekend, as Men in Black: International managed just $28.5 million to claim the top spot. Although the movie made over $71 million worldwide, the picture cost $110 million to make and ultimately this was a disappointing showing from the feature. The Secret Life of Pets 2 was close behind with $23.8 million. The top 10: