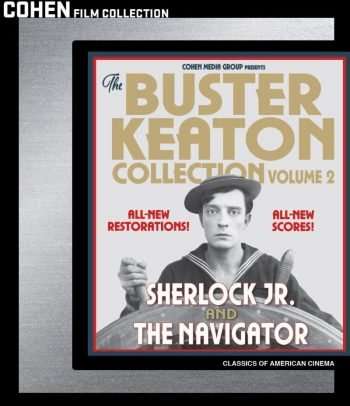 Buster Keaton’s landmark career gets further exploration from Cohen Film Collection with the July 9 release of Sherlock Jr. and The Navigator on Blu-ray, DVD, and digital.

The two films, featured in The Buster Keaton Collection Volume 2, underwent a 4K restoration and contain modern orchestra scores by Timothy Brock and Robert Israel. Cohen Film Collection’s Volume 1 release, which featured The General and Steamboat Bill, Jr., came out in May.

Both Sherlock Jr. and The Navigator were selected for preservation in the National Film Registry due to their cultural, historical, and “aesthetically significant” contributions to cinema.