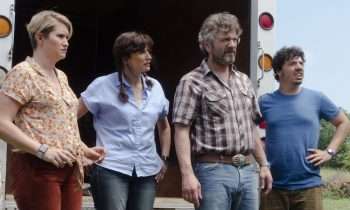 Podcast enthusiasts know Marc Maron for his seminal work on WTF with Marc Maron, and Netflix users probably known him for GLOW. The 55-year-old’s popularity is at an all-time high, and on the cinema side the improv-based feature Sword of Trust also looks to be a keeper.

The project, which reteams him with director Lynn Shelton (she’s directed several GLOW episodes), centers on a pawnshop owner (Maron) who discovers an antique, Civil War era sword owned by a woman named Cynthia (Jillian Bell) is actually a hot ticket on the black market. Michaela Watkins and Jon Bass round out the ensemble. Check out the the funny trailer below and tell us what you think!

Sword of Trust hits New York July 12 and the following week it comes out On Demand and in Los Angeles.