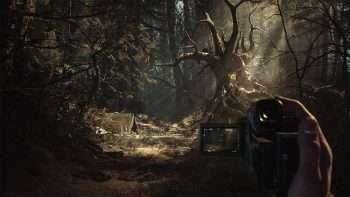 One of the highlights from the Xbox E3 Briefing, especially if you’re a movie fan, is the announcement of the upcoming game Blair Witch. In partnership with Lionsgate, the Bloober Team revealed that the first-person psychological horror game Blame Witch is in development.

The 1996 set project, which places gamers in the terrifying environment of the Black Hills Forest, centers on the investigation of a young boy’s disappearance.

“We are thrilled, and honestly a little scared, to bring all players, especially fans of Blair Watch, back into the haunted woods,” said Bloober Team CEO Piotr Babieno. “It is genuinely an honor to be working on such a hair-raising, paradigmatic experience, which defined so many of our lives!”