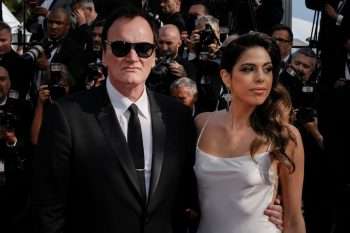 Once Upon A Time In Hollywood is Quentin Tarantino’s ninth film as a director, and it’s amazing to chart his growth as a storyteller since his 1992 debut Reservoir Dogs. Some of cinema’s top filmmakers (John Ford, Martin Scorsese, Robert Altman, Orson Welles) have employed a troupe of actors to work with from film to film, and Once Upon A Time In Hollywood has Tarantino reuniting with Leonardo DiCaprio (Django Unchained) and Brad Pitt (Inglourious Basterds).

Tarantino adds that his latest film is a bit of a “summing up” of his previous films. Click on the media bar to hear Quentin Tarantino discuss how his longtime assistant director William Paul Clark reacted to the film’s screenplay.

Once Upon A Time In Hollywood, co-starring Margot Robbie, opens nationwide July 26.