Love and Friendship Solidifies The Epic Musical Fantasy Of ‘Leto’ 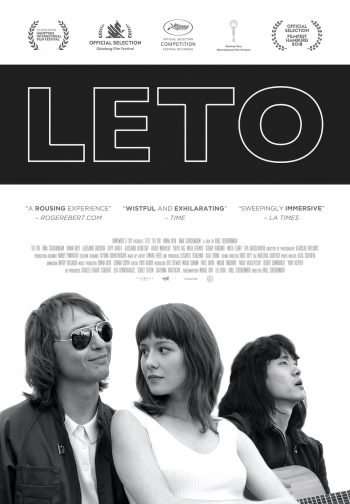 Penned by Michael and Lily Idov, Leto is a wistful and seductive look at the relationship between a young Viktor Tsoi (Teo Yoo) and musician Mike Naumenko (Roman Bilyk). Mike, a more seasoned artist, believes in and nurtures Viktor’s potential. When Mike’s partner Natasha (Irina Starshenbaum) becomes smitten with Viktor, Mike stands aside and lets nature take its course, and a love triangle begins.

“We wanted to tell the story of love and friendship and youth and this slightly misguided energy of youth that could have taken place in the U.S. in 1960s or the UK in the 1970s,” said Michael Idov. “It happened to benefit from being set in the Soviet Union in the 1980s, it wasn’t our intention to just be a deep dive into what it was like in the pre-perestroika Soviet Union.”

“We were trying to capture that moment in time when people find their freedom from music and, as Michael said, that could happen in a different place and time,” added Lily Idov.

The picture, shot in black and white, is a visually arresting narrative that is both a coming of age story and a musical. Click on the media bar to hear Michael Idov talk about how director Kirill Serebrennikov transformed their original script into more of a musical fantasy.

Leto, based on Natalya Naumenko’s memoirs, opens in New York on June 7 and his Los Angeles on June 21.