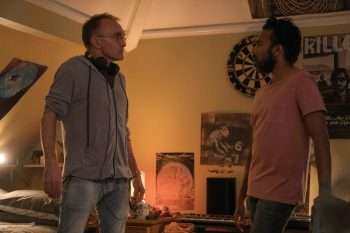 Filmmaker Danny Boyle’s creative forays has led him into a plethora of genres. Slumdog Millionaire, Trainspotting (and its 2017 sequel T2 Trainspotting), and the underrated sci-fi flick Sunshine are just several films which spotlighted Boyle’s innate storytelling gifts. He teams with writer Richard Curtis (Notting Hill, Four Weddings and a Funeral) with Yesterday, the story of a struggling musician named Jack (Himesh Patel) who finds himself in a very surreal and unbelievable position.

The world has never heard of The Beatles, and he’s living in a world where the Fab Five, at least as a group, doesn’t exist. Jack decides to play their songs and, of course, he becomes an international superstar.

Click on the media bar to hear Boyle discuss what makes Curtis such a unique writer.