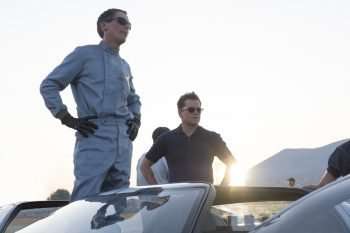 Christian Bale and Matt Damon teaming up for a movie should be a huge reason to watch Ford v Ferrari, but that’s just one of the many ingredients behind this highly anticipated film. Directed by James Mangold (Logan), the narrative centers on British driver Kevin Miles (Bale) and American car designer Carroll Shelby’s (Damon) attempts to build a race car for Ford Motor Company and battle it out with Enzo Ferrari at the 24 Hours of Le Mans in France.

Rounding out the ensemble is Jon Bernthal, Caitriona Balfe, Tracy Letts, and John Lucas. If you want to take a deeper dive into this epic rivalry, check out the 2016 documentary The 24 Hour War. Comment below and tell us what you think of the trailer!