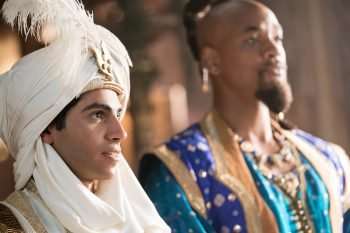 Aladdin was the #1 film domestically with an $86 million take, followed by another strong performance at the box office with $24.4 million. For the four day Memorial Day weekend, Aladdin will amass over $105 million in North America. Here’s the top 10: