‘Arrow: The Complete Seventh Season’ Lands On Blu-Ray And DVD In August 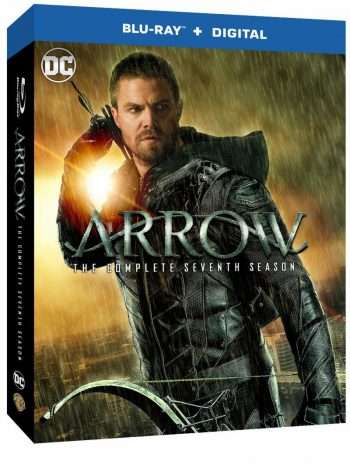 Arrow: The Complete Seventh Season hits Blu-ray and DVD on August 20 via Warner Bros. Home Entertainment. Both editions come with 22 episodes from the season, and the Blu-ray version will feature the three DC Crossover: Elseworlds installments. The series features Stephen Amell (When Calls The Heart, Private Practice) in the titular role.

“Arrow has struck a chord with audiences over the years through its incredible action and impressive special effects,” said Warner Bros. Home Entertainment Group Senior VP (TV Marketing) Rosemary Markson. “As Arrow enters its eighth and final season on The CW, fans will be eager to add the most recent season to their collection and enjoy the two hours of bonus content included on Blu-ray and DVD.”