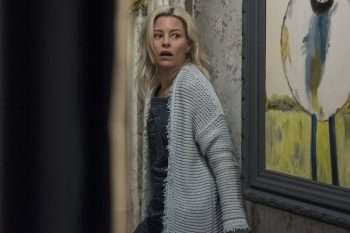 Elizabeth Banks stars in Brightburn, the story of a married couple (Banks, David Denman) who have been trying to have kids but to no avail. As luck would have it, a fiery space capsule crash lands in a Kansas forest near their farm holding a baby. They name this alien Brandon, hoping he would adjust to humanity. But Brandon’s (Jackson A. Dunn) alienation from his classmates, coupled with his own super powers. ends up being a deadly combination, and this town ultimately becomes his playground for violence.

“When I first read Brightburn, I knew it was special,” said Banks. “I knew it was different from things I’d seen before. It didn’t fit into either the horror category or the superhero category. It was an incredible blend of both things.

Click on the media bar to hear Elizabeth Banks talk about the original concept behind Brightburn: