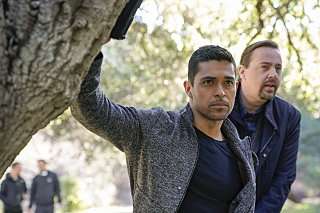 That ’70s Show featured a bit of teenage drinking — it’s OK, the drinking age in Wisconsin in the ’70s was 18 — but now, the show itself is nearly legal: It turns 21 this August. When the show began, Wilmer Valderrama was just an 18-year-old kid making his first appearance on any kind of screen. Of course, he got lucky — the show became a huge hit, running for eight seasons and making him a hot Hollywood commodity. He’s been able to parlay that success into an impressive career; his latest accomplishment has been three seasons (and counting) on NCIS. But he credits the creators of That ’70s Show for planting the seeds of his success in his head. (Click on the media bar below to hear Wilmer Valderrama)