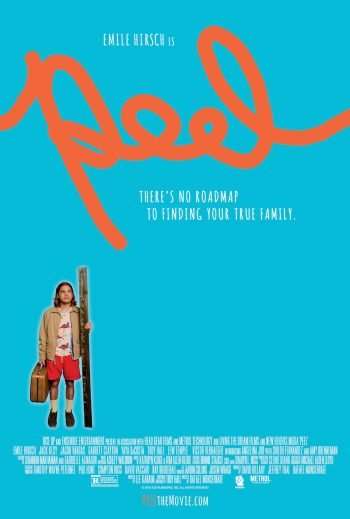 Directed by Rafael Monserrate, Peel centers on a 30-year-old (Emile Hirsch, playing the titular character) who must fend for himself after his mother’s (Amy Brenneman) unexpected passing. Peel has been sheltered most of his life, and his years of arrested development makes tacking life’s bigger responsibilities (like assuming the family mortgage) a challenge.

Though he finds several roommates (Garrett Clayton, Jack Kesy, Jacob Vargas) to help pay rent, Peel’s tasks are far from over, as his biggest mission is to reunite with his estranged brothers (Troy Hall, Shiloh Fernandez).

For Monserrate, Peel was a project that immediately resonated with his sensibilities. “It was the power of Peel’s innocence (and) his strength of purity, ” said Monserrate. “What I really liked personally was this element of seeing oneself for who they are. Sort of accepting people for truly who they are and not judging. One of the things that all the cast members and all the actors really responded to was that at one point in their lives, they felt like the outsider. That they didn’t belong. This film sort of celebrates that.”

Click on the media bar to hear Monserrate elaborate on why Emile Hirsch was the perfect choice to headline Peel (he mentions HIrsch’s work in Prince Avalanche in the clip).

Peel is now available on Digital and hits Redbox on May 14.