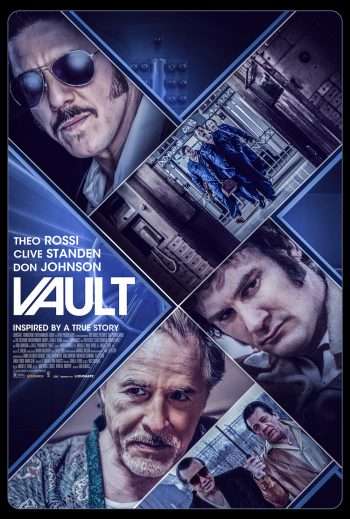 Set in the 1970s and inspired by true events, the feature co-stars Don Johnson as the mastermind who hatches the scheme behind bars, with Chazz Palminteri (A Bronx Tale) chiming in as the mob boss one simply shouldn’t cross. The feature is directed and co-written by Tom DeNucci, whose past directing credits include Saving Christmas and Arlo The Burping Pig.

Don Johnson’s last prison drama was the first rate Brawl in Cell Block 99 (he was also recently seen in this year’s underrated Dragged Across Concrete), and we’re hoping Vault also does, for lack of a better pun, breaks the cinematic bank!

Vault hits select theaters and On Demand June 14 via Lionsgate.