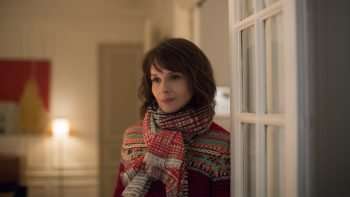 In the latest episode of CinemAddicts we review Non-Fiction, a witty and well acted tale headlined by Juliette Binoche (Let The Sunshine In) and Guillaume Canet (Tell No One).

Set in the Paris, the narrative centers on Alain (Canet), a publisher who engages in an affair with his co-worker Laure (Christa Théret). His wife Selena suspects the indiscretion, but she may also have her own bond with Léonard (Vincent Macaigne), a writer whose fictional stories are, too many, actually “non-fiction.” Binoche previously worked with Non-Fiction director Olivier Assayas in Clouds of Sils Maria.

Films also covered in the episode include JT Leroy, a feature headlined by Kristen Stewart, and Godzilla: King of the Monsters. Take a listen to our latest installment of CinemAddicts below!

Non-Fiction opens in New York on May 3 and has a wider release the following week.