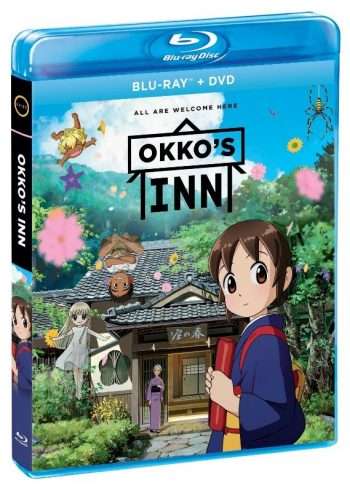 Okko’s Inn, directed by Kitaro Kosaka, comes out on Blu-ray, DVD and digital download July 2 from GKIDS and Shout! Factory. The project, which received a nationwide release last month, was nominated for the 2019 Japan Academy Prize for Animation of the Year.

The narrative centers on Okko, a youth who lives with her grandmother at an inn after losing her parents in a car accident. The inn is located next to a spring which reportedly has healing waters. Adding to that interesting element, the environment also houses spirits that only Okko can see. Instead of being scared of the ghosts, Okko becomes their friends, keeping them company and playing games as they help her acclimate to her new home. Kosaka’s storytelling and visual style was honed as a key animator on Studio Ghibli, and he worked on such classics as Grave of the Fireflies and Akira.

Special features on Okko’s Inn includes an interview with Kosaka, a discussion with Seiran Kobayashi (voice of Okko), a Q&A with Kosaka and the producers at the Japanese Premiere, and several trailers.