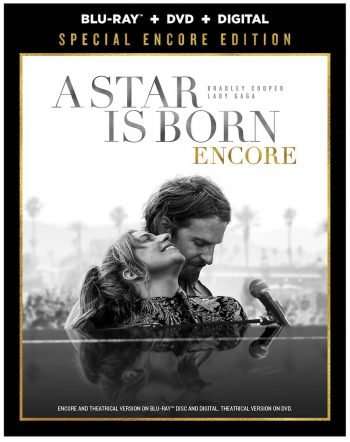 If A Star Is Born left you wanting more, an extended cut of the Bradley Cooper directed smash hits Blu-ray and Digital on June 4. A Star Is Born Encore features nearly 12 minutes of extended performances with Cooper and Lady Gaga as well as all-new scenes.

Songs such as “Black Eyes,” “Alibi,” and an acapella performance of the Oscar winning song “Shallow.” Never before seen footage of “Is That Alright?” (performed in the wedding sequence), “Too Far Gone,” and “Clover” are also featured in the extended edition.

Special features from the previous release will also be included in A Star Is Born Encore.

Are you a fan of A Star Is Born and its soundtrack? Feel free to comment below!