Queen For A Day: Adam Lambert Returns To ‘American Idol’ 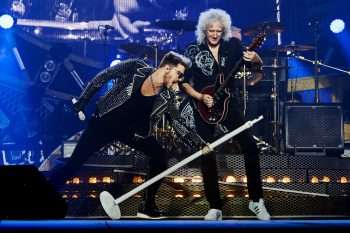 One of the most lasting legacies of American Idol is one that many people never even consider. Back in 2009, when Adam Lambert was contending for the Idol title, the producers of the show brought in one of his favorite bands, Queen, to play with him on the show’s finale. While it was certainly meant to be a one-off gig at the time, nobody realized that a new musical partnership was being born on television: Lambert has toured with the band as its lead singer since 2011, with another set of shows planned for this summer. With Queen’s popularity renewed once again by the Oscar-winning biopic Bohemian Rhapsody, Idol will feature a Queen night next Sunday, with Lambert returning to the show as a mentor for the Top 8 contestants. Lambert told us he definitely looks at it as an opportunity to pay it forward, since being on Idol really prepared him for the stardom he’s found since being on the show. (Click on the media bar below to hear Adam Lambert)